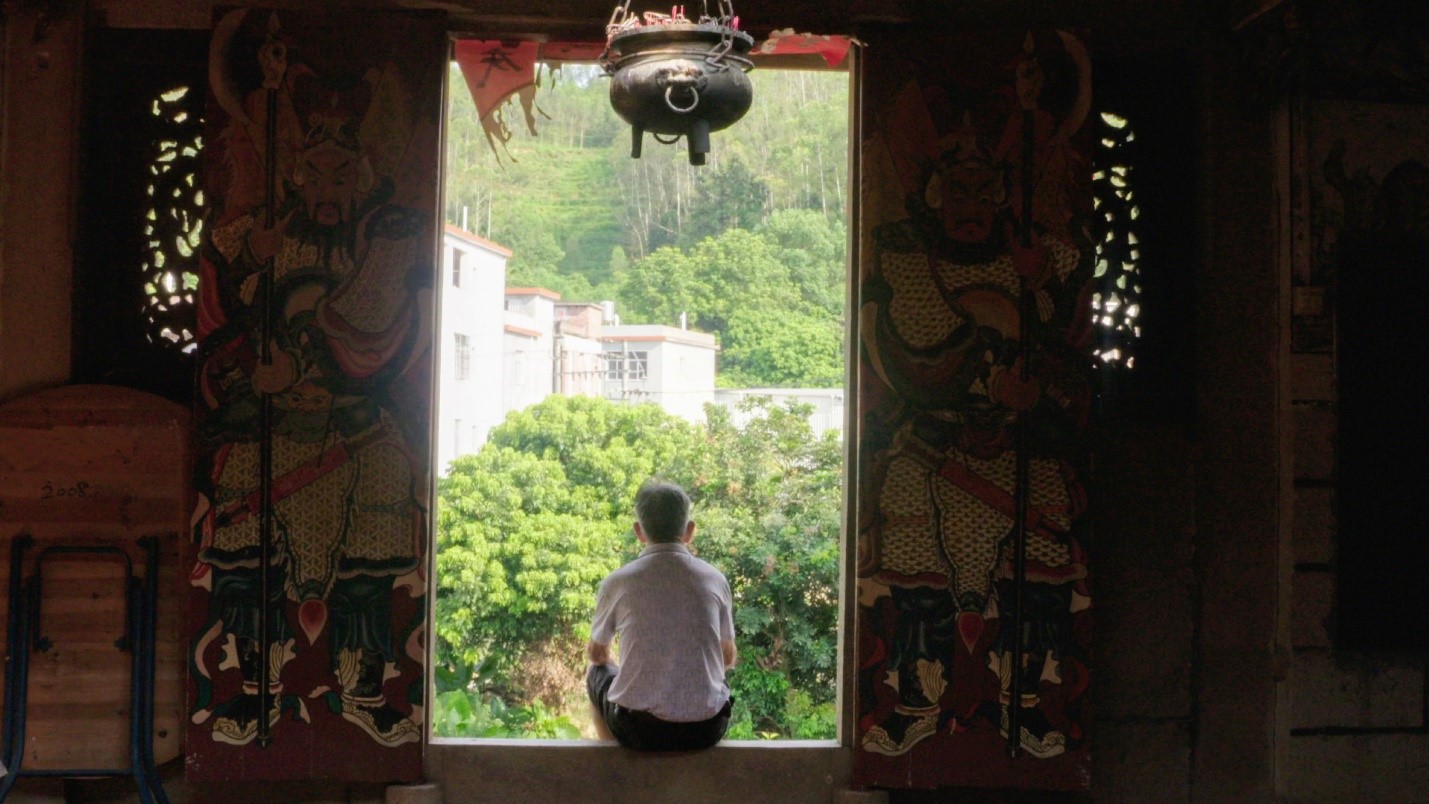 By Ji Ma, Assistant Professor in Philanthropic and Nonprofit Studies at the LBJ School of Public Affairs • October 1, 2019

Like many quantitative researchers, I prefer crunching numbers over talking to people. But, the director of my PhD program was an outstanding qualitative scholar and her methodology course was among the best courses I took.  I have always felt I owe her something since my PhD dissertation was entirely quantitative. Now, it is time to pay back the investment she made in me.

Who would want to read a research paper – even if it is the best one ever written? Isn’t it a cool idea to produce a short documentary film at the same time? An imaginary best research paper and award-winning documentary encouraged me to write a proposal, which received funding from the IC2 Institute.

Scholars interested in nonprofit studies should be familiar with the market-government failure theory that explains why there is a nonprofit sector. This theory assumes an open market where providers of goods and services are freely available to consumers; however, consumers’ choices are significantly shaped by prior historical and cultural contexts at a given time and place. This project focuses on how contemporary nonprofit organizations formed in rural China, given its historical and cultural contexts. The first year was spent on qualitative fieldwork that disclosed how different social powers interact. The second year will center on a quantitative national survey study. As of this writing, we just finished the fieldwork. It was an unforgettable experience.

We conducted our fieldwork in two villages that belong to a county established in the early Tang Dynasty (i.e., 669–686). The residents in the two villages, let’s call them Inner Village and Outer Village, share the same last name—Yang—and they are all the descendants of the people who once resided in Inner Village. The Yang family grew as time went by, and according to an anecdotal story, two factions formed within the Yangs. One day the two factions had a battle, and one party left Inner Village and established Outer Village. All the Yang family members in Inner Village lived in a mansion that is round in shape and is about a thousand years old today; meanwhile, the mansion in Outer Village is square and is about the same age.

The descendants have since forgotten the cause of the battle that split the Yangs, and do not think they belong to the same family even though they share the same last name—“We are all the descendants of apes, aren’t we?” Although the Yangs recognize themselves as belonging to different families nowadays, they still share the same ancestral hall and local religious rituals. The shared ancestral hall is in Inner Village, and the shared local religious temple is in Outer Village.

Inner Village now has a registered population of 1,849 individuals, and Outer Village has 2,633. Less than half of the registered populations still reside in either of the two villages because the vast majority of young adults have migrated to urban areas as laborers. The residents are seniors, women, children, young men without jobs, and a few folks with ambitions to revitalize the Yangs.

The web of self-governance organizations

It is amazing to see how these self-governance organizations weave together through local elites (xiangxian). The two villages have their own senior associations, and the Yang Council is a quasi-parental organization of the two associations. The Education Fund is a foundation providing scholarships to the villages’ outstanding students. The Revitalizing Yang Association is a new group that was started by a few ambitious local elites. Obviously, the Yang Council is the most important actor. The Yang ancestors would feel delighted if they knew their descendants had formed this organization. The village committees (the lowest formal state institutions), although not entirely isolated, are largely marginalized in the web of self-governance. How has the web taken on its shape? That is a question worth several papers, so I will not bother you here with the topic.

The people and their gods

I am not going to bother you with words either. Instead, I have some pictures about the people and their gods. 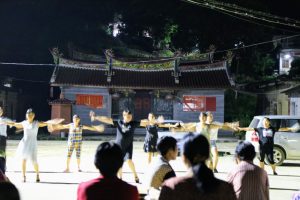 The only playground is the most important public space of Inner Village. It is surrounded by all the important construction and facilities: the six-hundred-year-old lineage temple, the only kindergarten and primary school, the village committee building, the only open stage for performing drama, and the only grocery store. A group of women started a dance team and organize activities at the playground regularly. The audience comprises seniors and the children, who happily yell and chase each other around during the dance. 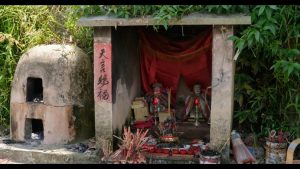 The natives believe in a local religion, and shrines are spread out over many places. The believers are very sincere, and tributes are timely maintained. Drinking tea is a heavy local tradition, so the natives also treat their gods with tea.

Being sincere to one god does not mean you cannot be sincere to another. People also practice Buddhism, Taoism, Confucianism (if you think of it as a religion), and many other religions. 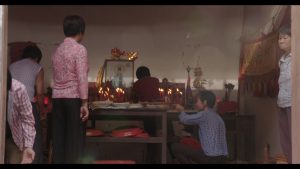 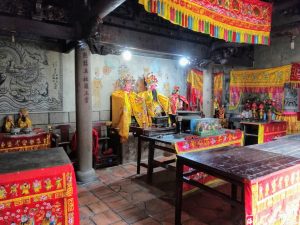 The shared local religious temple in Outer Village has a respectful watchman. He is seventy-seven years old and has been watching over the temple for twelve years. He showed us all the tributes bestowed by people who “make big money.” He must have taken many pictures with these bosses, but he had nothing to show us. We also took a selfie with him, and he asked, “Will you give me a copy? My name is Yang Ande.”

The research paper and documentary are in the making. If you are interested, please reach me at maji@austin.utexas.edu.

Ji Ma is an Assistant Professor in Philanthropic and Nonprofit Studies at LBJ School of Public Affairs and RGK Center for Philanthropy and Community Service at The University of Texas at Austin.