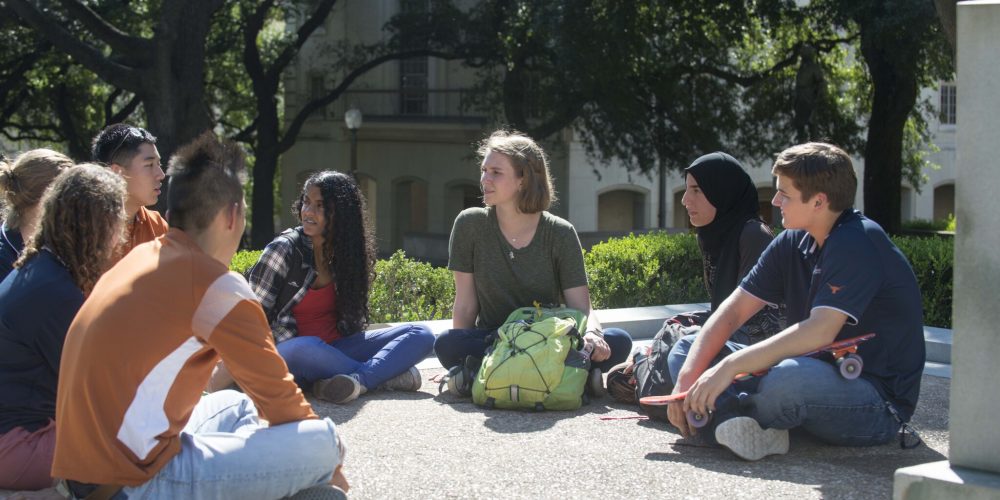 The deep freeze and snowstorms in mid-February, 2021 revealed gaps in the infrastructure across the state of Texas. Nowhere were there gaps more evident than in small communities outside of the urban centers where people who live far apart often had a hard time communicating with others or getting help when needed and put additional pressure on economies that were already stretched to the breaking point by the COVID pandemic.

Addressing these problems requires new approaches that bring together people trained across many disciplines including business, policy, engineering, and the liberal arts. To ensure that the rising generation is prepared to handle these problems, the IC2 Institute at the University of Texas at Austin has been running student competitions involving interdisciplinary teams of students. To broaden the number of students who learn to appreciate the struggles of small communities, the institute partnered with The University of Texas, Permian Basin to hold an interscholastic competition, that we called March Economic Madness.

Each school recruited interdisciplinary teams of students and held competitions to determine which teams would represent the school in the finals. Each team was assigned a small community in Texas and had several weeks to learn about it. In addition to researching their community over the internet, teams were encouraged to interview community leaders and to survey residents about their needs. Then, the teams were issued a challenge and given a week to develop a plan to solve it. In this initial round, teams were asked to think about workforce issues of the region and to develop a plan to address those issues. Teams presented their solutions to judges, and the best teams from each school were cleared to move on to the final round.

In the finals, teams had additional time to study their communities. A week before the competition, we issued a second economic development challenge: to assess the impact of winter storm Uri (which hit Texas in mid-February) on their community, and to ensure that future storms did not have such a significant impact.

The finals involved four teams (three from UT Austin and one from UT Permian Basin) representing the towns of Lufkin, Weatherford, San Juan, and Big Spring. They gave ten-minute presentations to a panel of three expert judges: Marilu Hastings, the Chief Innovation Officer at the Cynthia and George Mitchell Foundation, Mike Mauldin, Director of the Excellence in Banking Program at Texas Tech University, and Britta Klucznik, a Senior Vice President at Truist Bank. The tension was high, because the winning team selected would receive a prize of $25,000.

All of the teams gave excellent presentations that demonstrated a real understanding of the communities they worked with as well as a capacity to think carefully about how to help these communities to move forward from the devastating winter storms. The judges asked whether they could declare the competition a tie, but were told they had to pick a winner. Ultimately, they selected the team that studied Lufkin, Texas a small community in east Texas. This team, composed of students from the University of Texas at Austin, did a great job of canvassing community leaders including its state representative. They also had a wonderful three-pronged approach to addressing community needs following the winter storm that includes educating community members about emergency preparedness, winterizing local power plants, and setting up emergency shelters in case of future bad weather events.

We are immensely proud of all the students who participated in this program. At a time when many adults view college-age students as disengaged and impractical, this competition demonstrated that the students at our universities care deeply about solving problems in the world around them. Even in the midst of the COVID pandemic, our students stepped up to take on an extracurricular activity and they excelled. We hope that this inaugural edition of March Economic Madness is the first of many that will engage students from a wide variety of schools and help them to learn more about small communities that rarely make the news.