“What Starts Here Changes the World!”

These words embody the activities of the IC² Institute and The University of Texas at Austin.

The 2017 Fellows Conference will explore factors promoting the growth of Austin into a leading innovation hub and the successful diffusion of the Austin Model to other countries. Further, IC² Fellows and guests will discuss the shape of the next generation of innovative cities and help identify strategies for the IC² Institute to test in its Austin-based and international initiatives.

The conference keynote speech will be delivered by Finn Kydland, an IC² Fellow and the 2004 Nobel Prize recipient in economics. His presentation, “Innovation, Capital Formation, and Economic Policy,” will explore topics illustrating the adaptation of economic models. 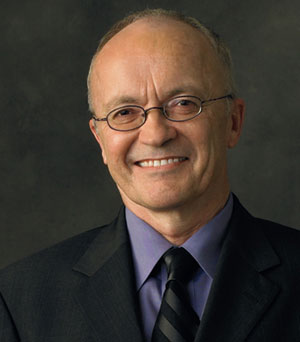 In addition, Austin Mayor Steve Adler, The University of Texas at Austin President Greg Fenves, and Vice President for Research Dan Jaffe, will participate in the conference, which will focus on key economic trends affecting the future of entrepreneurial enterprise. The meeting will include other social and scholarly activities. 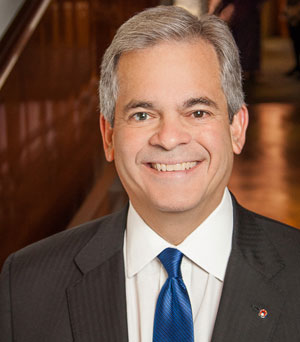 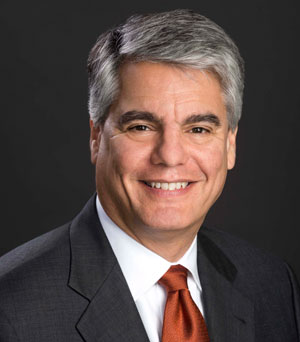 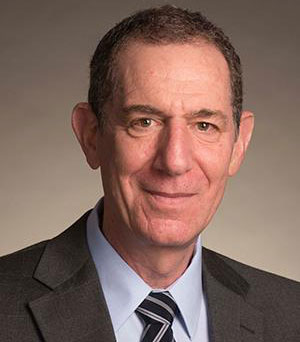 We look forward to reuniting the IC² Institute family for reflection and visioning for the future.

4:00 – 6:00 pm
Welcoming Reception – Greg Pogue will set the stage for the event and provide a brief overview of the meeting that will focus on research, conferences, global reach, and opportunities for IC² Fellows.

8:45 – 10:15 am
Panel 1: Impact – Campus to Community: The Role of the IC² Institute and the Development of the Austin Entrepreneurial Ecosystem

This panel will feature leaders from the Austin community – City, private sector, university and entrepreneurs who were actively engaged in the development of the Austin Model under the leadership of Dr. Kozmetsky and the IC² Institute. The panel will explore the origin of the Austin Model in terms of vision, how it was realized through definable actions, examples of outcomes and impact, and lessons that are relevant to Austin’s future growth.

This panel features IC² Institute Fellows who were actively engaged with Dr. Kozmetsky and the IC² Institute to fit learnings from Austin into international economic and cultural contexts. The panel will explore the key transferable components of the Austin Model to international settings, areas that require adaptation for cultural fit, key programs and activities, examples of outcomes and impact, and learnings that are relevant to the IC² Institute’s future vision.

2:00 – 3:00 pm
Finn Kydland’s keynote presentation, “Innovation, Capital Formation, and Economic Policy,” will explore topics illustrating the adaptation of economic models from the past, through the present and into the future.

11:00 – 12:30 pm
Discussion 2: Vision Together for the Future – moderated discussion on ways the Fellows can more actively collaborate with the Institute.

Defining the IC² Institute’s Vision for the Future

As dean of the College of Business at The University of Texas at Austin, Dr. George Kozmetsky founded the IC² Institute (innovation, creativity, capital) in 1977 as a multidisciplinary university-based “think and do tank” in order to “subject capitalism to the objective scrutiny of academic research and provide ideas about ways in which the private sector may respond more effectively to help solve society’s problem in a time of rapid socio-economic and cultural change.”

Addressing these challenges meant taking action, beginning regionally in Austin, Texas but also building a research institute that included national and international participants. In the mid-1980s Austin was dealing with a recession and, despite a preference to remain in Austin, graduates from UT commonly left Texas to pursue their technology and business careers on the East and West Coasts. Austin had few technology companies and entrepreneurship was not considered an important activity to be taught or pursued. Kozmetsky had worked in California’s rapidly growing technology industry in the 1950s and 60s and had founded a major technology start-up, Teledyne. When he left California in 1966, he brought the vision and reality of technology-based growth to Texas and he focused his early efforts on Austin his new hometown. He wanted the newly formed IC² Institute to test the hypothesis that technological innovation, entrepreneurial creativity and capital could catalyze regional economic development through proactive collaboration among university, government, and private sector participants.

Kozmetsky used the IC² Institute as a convening force to coordinate regional leaders toward a common vision that resulted in recruitment of the Microelectronics and Computer Technology Corporation (MCC) in 1983 and Sematech in 1987. These regional wins marked a pivotal point in Austin’s history, moving the economy and UT toward technological innovation and an expanded role for the creative sector. Building on this momentum, Kozmetsky and community leaders at the City of Austin, the Chamber of Commerce, and the university founded the Austin Technology Incubator (ATI) and Texas Capital Network in 1989, followed by the Austin Software Council in 1993. All three of these initiatives helped catalyze the city’s relentless growth toward becoming globally recognized as a major technology/entrepreneurial center of excellence.

Also during these formative years Dr. Kozmetsky was a key mentor to Jim Truchard and others who left UT to found National Instruments in 1976; Michael Dell who founded PC limited (soon Dell, Inc.) in 1982; and John Mackey and others who founded Whole Foods in 1983. These and other early Austin-based entrepreneurs at Tivoli and GSD&M provided the inspiration for following generations of Austin entrepreneurs to build and grow their businesses in their hometown Austin.

Supported by the City of Austin and Greater Austin Chamber of Commerce, ATI provided key support toward building the region’s entrepreneurial infrastructure and seeded the initial phases of Austin startup growth by helping create a local critical mass of angel and venture finance and business know-how mentor networks around targeted emerging technology verticals. Starting with IT and clean energy, expanding to wireless and life sciences, and most recently adding water and sustainability, ATI has broadened the technology foundation of Austin by drawing world-class startups to the city, encouraging successful local entrepreneurs to give back, launching important new collaborative initiatives like the Pecan Street Project, and helping to attract coastal capital to Central Texas. The economic impact of ATI has been extensively studied by the Bureau of Business Research and shown to be > $88M of economic impact and >500 jobs each year in the Austin area. Indeed, ATI companies have raised >$850M in the past seven years and seen approximately $750M in local exits, including three IPOs, creating wealth and experienced entrepreneurs to fuel the virtuous cycle of wealth creation.

In addition to focusing on the Austin region, the IC² Institute executed new educational strategies with innovative UT educators from across campus to bring the newly emerging field of entrepreneurship to UT students. The first business plan competition in the world, MootCorp, was launched in 1984 through the IC² Institute, growing to an international competition involving >500 teams from >15 countries and launching >100 startups. The Institute began the first advanced online MS degree in technology commercialization in 1996. The degree program was transferred to Portugal, Russia, Poland and most recently to Monterrey, Mexico where it is hosted by UT’s Center for Global Innovation and Entrepreneurship, having graduated approximately 1,000 masters students in all locations. Over the years, the IC² Institute has helped found over 20 distinct entrepreneurship programs reaching across the UT campus, contributing to UT’s status as one of the most entrepreneurial universities in the world.

The vision of Dr. Kozmetsky was never for the IC² Institute to be content with simply impacting the UT campus or the Austin community, but to extend internationally and live out the UT motto, “What starts here changes the world.” Indeed, the Institute has taken the philosophy and accomplishments of the “Austin Model” to over 35 countries on six continents. These programs have trained thousands of entrepreneurs, connected hundreds of companies to new revenue or funding and produced >$1B in economic impact over the past 10 years. The IC² Institute has been at the vanguard of UT’s international presence, facilitating >200 researcher and student exchanges and Visiting Scholars, and building a global network of over 170 IC² Fellows which includes emerging scholars, business and government representatives as well as recipients of the Nobel Prize and the National Medal of Technology.

It is this network of IC² Fellows that will assemble at UT’s AT&T Center April 27-29th to celebrate the 100th birthday of Dr. Kozmetsky, the 90th anniversary of the founding of the Bureau of Business Research, and the 40th anniversary of the IC² Institute. Finn Kydland, an IC² Fellow and the 2004 Nobel Prize recipient in economics, will deliver the conference keynote speech. His presentation, “Innovation, Capital Formation, and Economic Policy,” will explore topics illustrating the adaptation of economic models to change. In addition, Austin Mayor Steve Adler, The University of Texas at Austin President Greg Fenves, and Vice President for Research Dan Jaffe will participate in the conference, which will focus on key economic trends affecting the future of entrepreneurial enterprise locally, nationally, and globally.

Today is indeed a time of “rapid socio-economic and cultural change” when new vision and strategy is required to engage capitalistic principals to “solve society’s problems.” During this conference, the Fellows will critically review the founding charter of the IC² Institute and its role in the growth of Austin and the impact of key international programs in light of current social conditions and needs. Further, they will work with current IC² Institute leadership to define the most effective role for the IC² Institute in a dynamically changing and challenging world. From these discussions, the IC² Institute will focus its activities to create enhanced value on the UT campus, the Austin community, and throughout the world for the next 40 years.