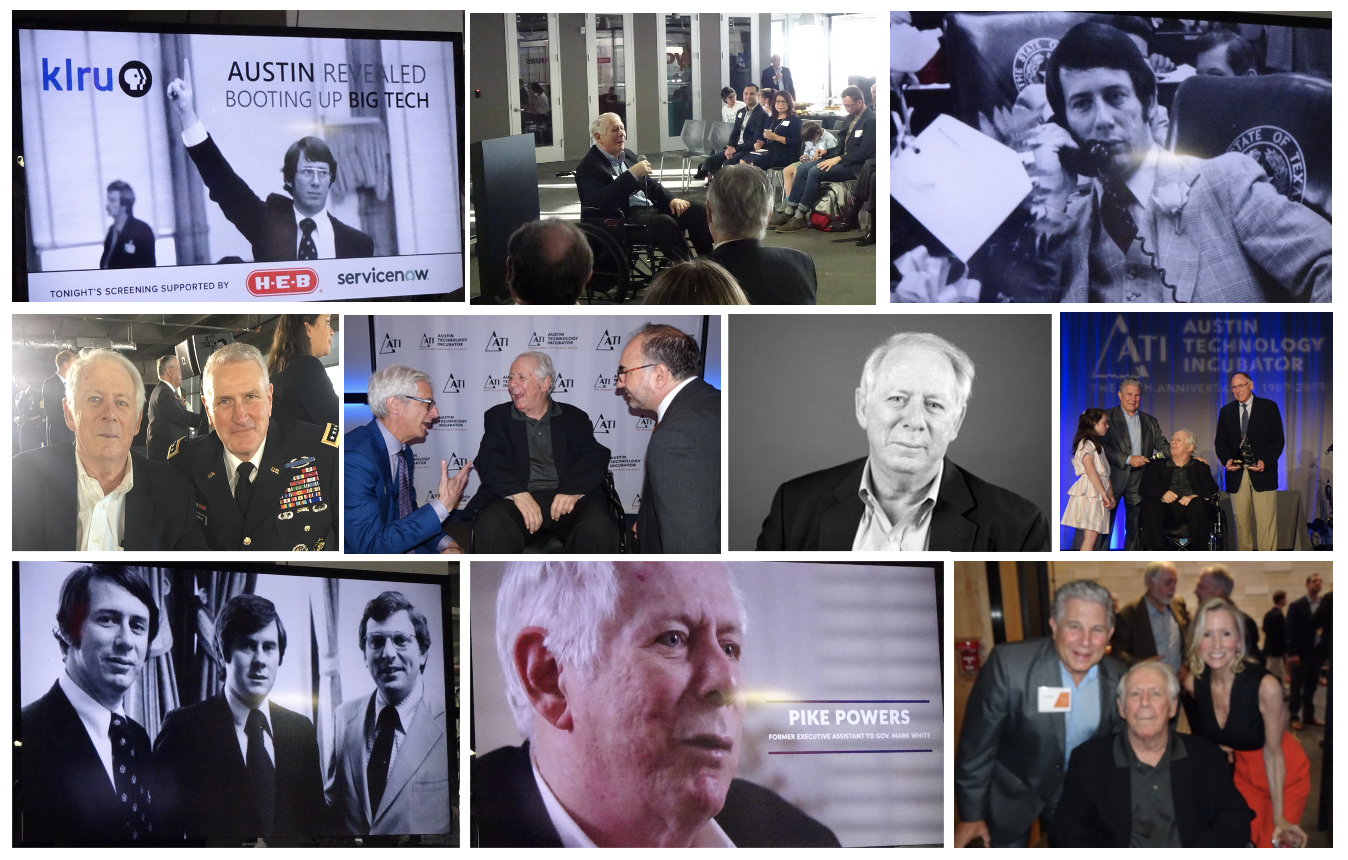 Austin woke up in November 2021 fundamentally different than it was but a month before. Yet, the economy had not fundamentally changed; people continued to relocate to Austin in droves; its leadership as a technology city remained intact, and even Lester Holt kept up broadcasting ABC News live from downtown. But Austin changed. The human quotient that set it apart from peer cities was reduced as a true one-of-a-kind, Pike Powers, passed from this world to the next. Pike understood the importance of humans to the future-oriented trajectory of cities – humans are the visionaries, the collaborators, the mentors, and the actors in all civic work. In his 2003 presentation to the Federal Reserve of Kansas City, he definitively showed Austin as first and foremost The Human Capital (a clever play on words), and from that identity, it transformed, drew talent from around the world, and became the place where cutting edge enterprises started, grew and thrived.

Most of us forget the challenges Austin and Texas faced in the 1980s. Several international crises, energy deregulation, and Reaganomics left Central Texas in search of a new future. The pathway it would take was set long before through the prescient vision of Dr. George Kozmetsky, founder of the IC2 Institute at The University of Texas at Austin (UT). George told the Austin Chamber of Commerce and Economic Development Council in 1971 that Austin could be a technology center built on science and technology through the engagement of UT, attraction and nurturing of entrepreneurial businesses, advancement of local funding access, and building on its appealing quality of life. In retrospect, this sounds both bold and correct. We all know how the story ended. But in 1982, with record-low energy prices, companies exiting downtown Austin in droves, and UT graduates leaving for jobs out of the region, the forecast was far less optimistic.

Into this quagmire stepped a former member of the Texas House of Representatives and newly appointed chief of staff to Governor Mark White, Pike Powers. The Governor understood the imperative to add new economic “legs” to Texas’ teetering economic stool. Two opportunities soon surfaced giving the state a chance to jumpstart its recovery through the new thing called “technology.” Pike led the charge. He instinctively understood the critical nature of human collaboration to make a big vision happen and the challenge to turn competitors into partners for a collective future. In 1983 with the recruitment of the Microelectronics and Computer Technology Corporation and 1988 with the recruitment of Sematech, Pike developed the necessary state-wide incentives, cemented private, public, and university partnerships, identified the needed physical infrastructure, and fostered the workforce relationships required for Austin to do the unexpected – win both bids, and in less than a decade, start to realize Dr. Kozmetsky’s vision.

His work did not stop there – you can read the many articles, awards, and histories describing his impact as a civic entrepreneur. In all his steps, it was clear Pike thought and acted innovatively to provide solutions at a community scale and for the betterment of all. A city that balances technological leadership with high quality of life is his legacy. Is it perfect, finished, or fair? No – Pike was aware of the gaps and continued to think, collaborate, and encourage civic action to extend the benefits of Austin’s growth to all.

I was not in Austin when all this began. I was in high school, in college, and in graduate school regularly visiting Austin, oblivious to the seismic changes occurring. But I had the opportunity to return to Texas in 2006. Once in Austin, Pike befriended me, mentored me, and reminded me to envision a success that could only be defined as larger than that for any one individual – success must spill over to the entire community. It is this mentorship, this quiet leadership that I remember, as he impacted the trajectory of Austin through growing its human capital – one person at a time. I was reminded of this as I read comments on a LinkedIn post after his passing – stories were told, antidotes shared, a good life remembered. All had in common his value for people and believe that people can change things for the better.

So, yes, Austin lost a titan of economic development this week. But we also lost an individual that did not value economy over people; one who understood the most important asset a city has – its human capital. For any city, investment in, the inspiration of, and support for its people comes first. Leaders lead, but they must first give and invest. From this position of strength, belief, and comradeship, innovation, and action spring. Austin remains The Human Capital because of the work of Pike Powers.

As we acknowledge a leader of a prominent Texas city leaving us, it begs the question – who will fill Pike’s shoes, in Austin, or communities around the state? The IC2 Institute sees a changing of the guard across Texas as current leaders age, retire, and sadly die. New leaders must step up. As Texas grows more diverse and youthful, a leadership transition is imminent.

This is where Pike’s legacy intersects with IC2’s current mission – helping create tomorrows’ leaders today. We are building tools to help communities build their Human Capital and future leaders now thereby ensuring a more vibrant and resilient future. How do we do this?

Ultimately, community success comes down to people – investing in their lives so they can lead and invest in the lives of the next generation. Pike invested in my life in substantial ways as we met one-on-one, engaged in community projects together, and worked with students. I want to pay this forward to the next generation of Austinites and community leaders across Texas. In some ways, there is a little bit of Pike in all we do at IC2 – and that is a good thing.