Coworking Spaces and the Future of Work 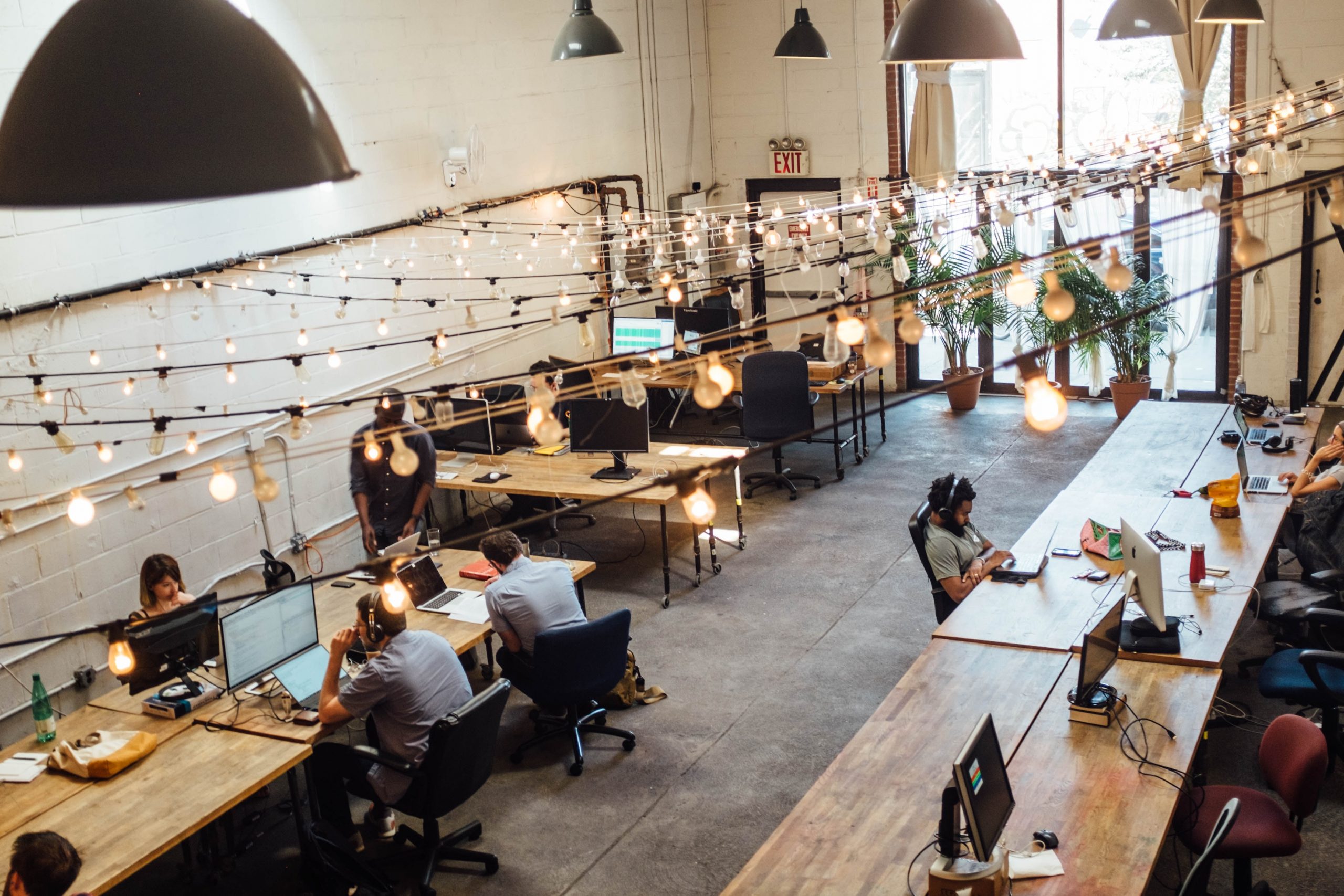 Americans are in the midst of an epic defining remake of the labor force. No greater evidence of this exists than in what economists call the shift from the standard workforce to the nonstandard workforce. This is a reference to the increasing number of individuals who are self-employed or who work, for example, as freelancers, gig workers, and independent contractors. According to a report produced by the National Bureau of Economic Research, the percentage of workers engaged in nonstandard—or what they call “alternative”—work arrangements rose from 11 percent in 2005 to 16 percent in 2015. The report estimates that the nonstandard workforce will continue to grow.

One manifestation of the rise of the nonstandard workforce is the growing popularity of coworking spaces, which are booming across the US and the world. They are both a physical and cultural manifestation of the rapidly changing economy and shifting patterns in work. Members of coworking spaces share things like furniture, printers, phones, Wi-Fi, operational and technical support, conference rooms, receptionists, and coffee and break areas. The number of coworking spaces in 2007 worldwide was fourteen, according to the Global Coworking Unconference Conference. By 2022 that figure is expected to grow to more than thirty thousand. And, after looking at several forecasts, the Coworking Unconference predicts that the number of coworkers around the world will grow from 522,600 in 2015 to roughly five million by 2022.

Coworking spaces represent the future of work, a future in which work is increasingly contingent, collaborative, and inventive. During my fieldwork we came across a variety of coworking spaces. Some functioned mainly as work spaces—that is, as spaces that allowed participants to spend the bulk of their time and energy working to build and sustain their company. Participants in these kinds of coworking spaces were basically looking for a place to execute the daily tasks their enterprise required. They rarely, if ever, interacted with other members. These spaces were functional but they were not very social.

The most interesting coworking spaces in my fieldwork were not only entrepreneurial; they were also social and flexible. These spaces were not simply about building a business; they also enhanced participants abilities to build social relationships. We are easily seduced by the ‘lone genius’ theory of innovation or the idea that innovation is largely the result of the super smart and talented. This notion of innovation is often associated with people like Bill Gates, Steve Jobs, and Mark Zuckerberg. But these tech titans were the by-product of an ecosystem that nurtured their good idea into a viable enterprise. Each of them benefited from a community that offered social, material, and financial support. The young creatives that I met in my fieldwork understand that innovation is an inherently social not individual enterprise. They used coworking spaces to cultivate both their human capital-the things that they know-and their social capital—the people that they know.

In addition to being social, the best coworking spaces tended to be flexible. For example, they might serve as a coworking space by day and a space for a hackathon or startup boot camp by night. One coworking space regularly held social events like meetups, hackathons, “Taco Tuesday,” and office hours. During the latter, a successful entrepreneur would set up temporary shop to meet with aspiring entrepreneurs sharing both knowledge and feedback about a new enterprise. In general, members were drawn to these more interesting articulations of coworking because they functioned like social capital hubs. In other words, these spaces were intentionally designed to foster conversation, collaboration, and the spillover of ideas.

If coworking spaces are indeed the office of the 21st century economy it is imperative that we develop a fuller understanding of these spaces and how they can serve a greater diversity of entrepreneurs and ideas. In cities like New York, Atlanta, and Oakland coworking spaces that appeal to young entrepreneurs of color are emerging. Coworking spaces are even popping up across small and rural towns. These communities have been hit especially hard by the transformation and globalization of work and will require very different ideas to reinvigorate their economies. Coworking spaces are poised to serve as engines of ingenuity and opportunity in small cities.

Even as the drive toward greater artificial Intelligence and automation threaten to undermine our notion of work the real question is not that we are facing a jobless future. Instead, you can make a strong case that what we are facing is a “creative future.” That future belongs to those who have the social and human capital to build the society and the economy of tomorrow and in the process expand our notions of work and innovation. The growing popularity and expanding role of coworking spaces suggests that these spaces will play a pivotal role in the making of the creative future.

S. Craig Watkins is the incoming Ernest S. Sharpe Centennial Professor and the founding director of the Institute for Media Innovation at the The University of Texas at Austin. His most recent book is Don’t Knock the Hustle: Young Creatives, Tech Ingenuity, and the Making of a New Innovation Economy.

Professor Watkins is one of the recipients of the IC2 2019 Faculty Research Grants.

← Home to Amarillo Back to Brenham →