The main findings of our Kauffman-funded research 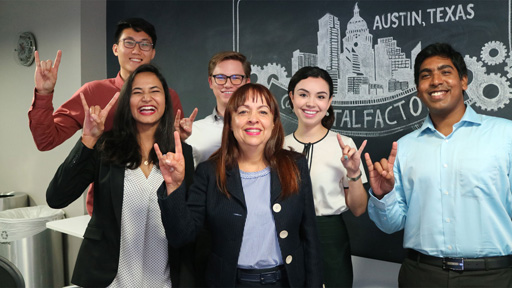 The Kauffman Index rated the Austin MSA as the number-one U.S. city for entrepreneurial activity in the past two years. However, little was known about Austin’s entrepreneurial genesis until, with funding from the Kauffman Foundation, my team of six graduate students and I started to research this issue a year ago in the context of two fundamental questions.

The Kauffman funding allowed us to buy two databases to measure entrepreneurial trends in Austin: National Establishment Time Series (NETS) and Secretary of State (SOS). Both show rapid growth of Austin startups during the years of analysis that slowed only for a short time during the 2000 dot-com bust and the Great Recession (2008–2009). In accordance with Austin’s number-one ranking in entrepreneurial activity, the growth of startups has accelerated in the past six years.

2. What is the Austin model of entrepreneurial genesis?

Organic processes – The organic component of the model refers to three sources of new entrepreneurial talent.

Corporate spinoffs were the first organic source of entrepreneurial talent in the city. Many early local entrepreneurs such as the three IBM engineers who founded Tivoli (the “Big Bang” of the local software industry) had previous experience working in large corporations that started to locate in Austin in the 1980s. The reasons these corporations chose Austin were carefully documented in research conducted at the IC² Institute in the 1990s by our founder, George Kozmetsky, jointly with several IC² Institute Fellows including Ray Smilor, David Gibson, and Fred Phillips.

Entrepreneurial spawning has been the second organic source of entrepreneurial talent, as evidenced by Tivoli (1989-1996), which provided organic training to 25 future entrepreneurs who created 29 local startups and to 11 employees who become the top manager in 40 startups between 1990 and 2013. Tivoli is just one example of how many entrepreneurs’ experience in fast-growing entrepreneurial firms prepared them to found or become top managers of startups.

Austin now has a community of entrepreneurs, making it possible for founders with little previous experience working with large corporations or fast-growing startups but with strong linkages with the entrepreneurial community to create startups such as BuildASign (founded in 2005) and Mutual Mobile (founded in 2010).

Intentional processes – The organic process is complemented by programs and strategies specifically designed to expand the local entrepreneurial ecosystem. Among the most important examples are the pioneering efforts of George Kozmetsky to found the IC² Institute in 1977 and the Austin Technology Incubator in 1989. A recent example is Capital Factory, an incubator, accelerator, and co-working space founded in 2009.

Future research: We do not know if Austin’s entrepreneurial process was inclusive for female or minority entrepreneurs, and we want to investigate what characteristics identify corporations, fast-growing firms, and entrepreneurial communities that become sources of entrepreneurial talent.