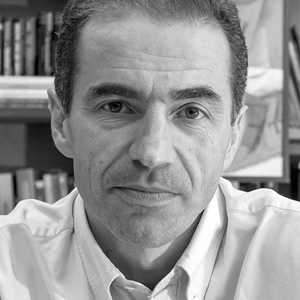 Heitor is full professor at Instituto Superior Técnico, Lisbon, and director of the Center for Innovation, Technology and Policy Research (IN+), which was recognized in 2005 by the International Association of Management of Technology (IAMOT) as one of the top 50 global centers of research on management of technology. He was a visiting scholar at Harvard in 2011-12. He earned a PhD at Imperial College, London, in 1985 in combustion research and did post-doctoral training at the University of California at San Diego. Then he pursued an academic career at IST, Lisbon, where he served as deputy-president for the period 1993-1998. He was co-editor of the book series on Technology Policy and Innovation, launched through Greenwood Publishers and continued through Purdue University Press. He was co-founder in 2002 of Globelics, the global network for the economics of learning, innovation, and competence building systems, and in 2004 a founding member of the S&T Council of the International Risk Governance Council (IRGC). Professor Heitor was recognized in 2003 with the Dibner Award of the Society for the History of Technology (SHOT) and in 2004 received the IAMOT’s Excellence in Research Award on Technology Innovation Management. He is member of the Portuguese Engineering Academy and a foreign member of the Spanish Royal Academy of Engineering and the Serbian Academy of Sciences. His recent research interests and main publications are in the area of science, technology and higher education policy, management of technology, and the development of innovation policies. He is currently involved in several initiatives in the areas of knowledge for development and risk governance. He chairs the academic network International Risk Governance Council, Portugal (IRGC-Portugal) and heads the doctoral program in engineering and public policy (EPP) at Técnico, Lisbon.

Heitor has collaborated on numerous IC² Institute publications as editor or co-author, including: