The cumulative impact on the Indian economy of the India Innovation Growth Program (IIGP) is $814 million, according to a new report compiled by Ernst & Young.

Since 2006, the IC² Institute’s Global Commercialization Group has conducted a nation-wide technology commercialization program aimed at helping India’s early-stage innovators bring their new technologies to market in India and around the world. The program has benefited more than 1,000 Indian scientists, engineers, inventors and entrepreneurs across virtually every technology sector. GCG combines education and coaching, along with professional international commercialization assistance that has helped participating innovators generate more than $814 million in revenue.

The IIGP program is funded by Lockheed Martin Aeronautics Company, the Government of India’s Department of Science and Technology (DST), and the Indo-US Science and Technology Forum (IUSSTF). GCG has partnered with the Federation of Indian Chambers of Commerce and Industry (FICCI) to deliver this and previous programs. 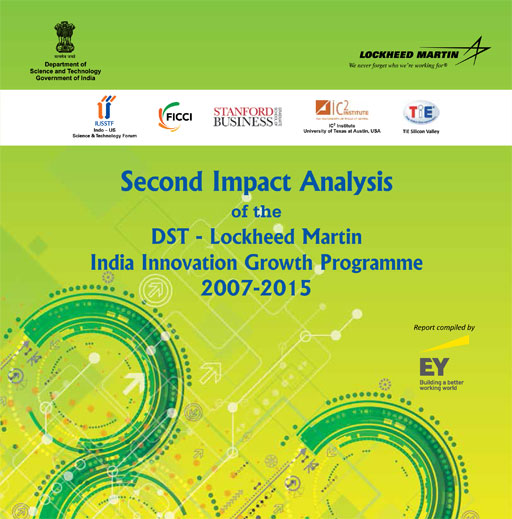