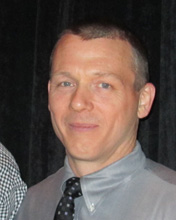 Last year, the National Science Foundation’s Operations Engineering (ENG) and the Law & Social Sciences Program (SBE) funded the BBR and the human trafficking team at UT’s School of Social Work to hold an interdisciplinary workshop to explore the intersection of operations research (OR) methods and the problem of human trafficking (Grant # CMMI-1726895). The goal was to convene an interdisciplinary team of scholars to identify promising research directions for applications of OR and data analytics toward the disruption of illicit supply networks like human trafficking. The United States Department of State considers human trafficking a form of modern-day slavery and broadly defines it as when a person is deceived or coerced in situations of prostitution, forced labor, or domestic servitude. Human trafficking is but one of a number of illicit networks; others include arms trafficking, drug trafficking, animal trafficking, and human smuggling. By bringing together scholars from disparate disciplines, the workshop identified new research approaches and breakthrough strategies for disrupting the illicit networks commonly found in human trafficking.

OR and data analytics are fields ideally suited to bring this perspective to the study of illicit networks like trafficking. Few studies have approached such illicit networks from a dynamic systems theoretical perspective that allows the social justice challenge to be represented as a mathematical system that can be analyzed in terms of decision variables to help guide, control, and constrain behavioral dynamics toward desired goals. Solutions to remediate the effect of illicit networks like human trafficking are inherently interdisciplinary, typically involving the fields of criminal justice, social work, social science, economics, healthcare, and law. Such systems are dynamic and exploit and victimize members of the community. What is more, they involve both legal and illicit activities at the same time, which often obscures criminal activity from law enforcement. Such systems can be hierarchical, nonstationary networks of interconnected activities and participants that involve intersectional decision making by perpetrators, victims, and/or bystanders. Highly common among such systems is a paucity of data due in large part to the hidden aspects of the crime and the partial observability of the population of interest.

Professionally, I am proud to say that the workshop has already led to additional NSF funding to address specific data and algorithmically focused research streams that disrupt illicit networks like human trafficking. Personally, I have never been more excited about the opportunity to apply the totality of all of my education and experience toward the development of solutions to such a significant societal problem.