Members of the IC² Institute and UT Austin-Portugal communities are saddened by the passing on April 17 of Mariano Gago, the former Minister of Science, Technology, and Higher Education of Portugal.

Prof. Gago was a champion of Portugal’s international partnerships, including the UT Austin|Portugal Program and the University Technology Enterprise Network (UTEN).

An electrical engineer and high-energy physicist, he was a Professor of Physics at the Instituto Superior Técnico (IST) in Lisbon and founder of the Portuguese Laboratory for Particle Physics (LIP).

He served as Minister of Science and Technology (later Science, Technology, and Higher Education) in 1995-2002 and 2005-2011. As Minister, he cultivated the extraordinary growth of Portugal’s scientific and technological achievements in the last two decades. His emphasis on the internationalization and modernization of Portuguese research institutions was matched with his support for the popularization of science in Portugal through primary and secondary science education and the creation of a network of science and technology museums.

Today members of the Portuguese research community honored Mariano Gago by gathering at noon for five minutes of silence.

People whose lives he touched are invited to share testimonies, photos and memories about Mariano Gago as a thinker and humanist and his unique legacy and dedication for the development of knowledge, science and technology and the scientific culture worldwide at the site www.marianogago.org. 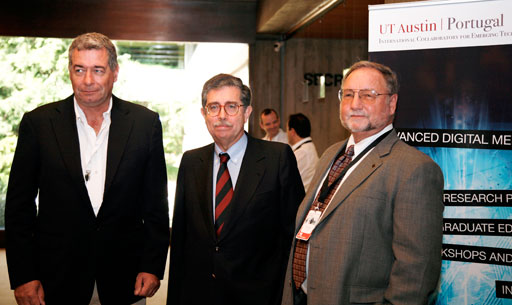