The IC² Institute is pleased to announce three new IC² Fellows on the occasion of our 40th anniversary.

The new Fellows are Dr. Nikhil Agarwal of the Andhra Pradesh Innovation Society, Dr. Darius Mahdjoubi of the University of Tehran, and Shri Harkesh Mittal of the Indian Ministry of Science and Technology.

Agarwal, Mahdjoubi, and Mittal join Mr. Nirankar Saxena and Dr. A. Didar Singh, both of the Federation of Indian Chambers of Commerce and Industry (FICCI), as the most recent additions to the Fellows. 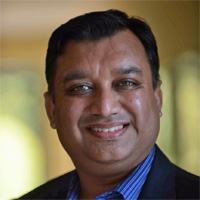 Dr. Nikhil Agarwal is currently serving as Chief Executive Officer for Innovation, Government of Andhra Pradesh. In 2014, India Prime Minister Modi urged Indian diaspora to return and serve their country. Nikhil answered the call, joining Andhra Pradesh Chief Minister Naidu’s administration to kickstart the statewide innovation agenda. Following the 2014 bifurcation of Andhra Pradesh (AP), Hyderabad, responsible for three-quarters of its GDP, was no longer part of AP, leaving them with a mostly agrarian economy. With such a dramatic shift in economy, Nikhil has been aggressively developing large scale innovation projects and the state’s start-up ecosystem. The Government of Rajasthan just awarded Nikhil their Innovation Award for “Excellence in Promoting Innovation in Governance”. Formerly, Nikhil was President and CEO of Cambridge Global Partners, an alumnus and lecturer of the University of Cambridge, alumnus and researcher of the University of Edinburgh, and lecturer at Virginia Tech. He has published over 70 research papers. Nikhil is founder of Entrepreneur Café, providing an impressive array of education and networking to its 35,000 participants. He’s founded businesses, advised firms and his work has been extensively covered in Forbes, CNN, BBC, and the New York Times. He writes a column in the Economic Times and Times of India, the most circulated English newspaper in the world. Nikhil has been an advisor to international think tanks including the World Entrepreneurship Forum, United Nations Global Alliance on ICT & Development. He has an unwavering commitment that the knowledge accessed through the internet be made available to all citizens of the world. 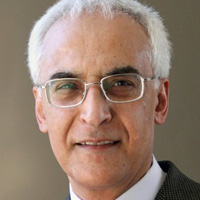 Dr. Darius Mahdjoubi is an adjunct professor in the Faculty of Entrepreneurship of the University of Tehran and at the Industrial Management Institute in Iran. A mechanical engineer by education, he became active in the different stages of setting up new factories, from design to startup. This experience led him to become interested in the nature of technology and how technology creates change at the same time as it undergoes change. He completed an interdisciplinary Ph.D. on Knowledge and Innovation under the supervision of Dr. George Kozmetsky at UT Austin in 2004. His research work includes “Organizing Design Capabilities in Developing Countries” (Tehran, 1985), “The Mapping of Innovation” (Toronto, 1997), and “Action Business Planning” (at the IC² Institute, 2009). His most recent research focuses on the New Renaissance and integrative thinking and methodology. 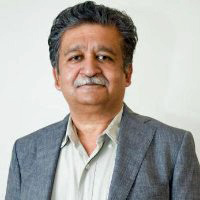 Shri Harkesh Mittal is Advisor to the Ministry of Science and Technology, Government of India, and head of National Science and Technology Entrepreneurship Development Board (NSTEDB). He has been instrumental in giving a new vibrancy to promoting the innovation and entrepreneurial acumen among a wide section of Indian entrepreneurs ranging from simple rural industries to high-end technological enterprises. His two-decade long association with the Government has coincided with the beginning of India’s economic liberalization initiatives. With his untiring efforts and personal initiative, Shri Mittal has made the innovation and entrepreneurship program of Department of Science & Technology a much sought after program by the individual entrepreneurs as well as by the industry and technological circles – not only in India but among the industrially advanced countries of the world. Shri Mittal has been instrumental in involving the private sector – both national and international – in the task of innovation and entrepreneurship development in India. Companies like Intel, TCS, Lockheed Martin, Boeing, P&G, The Economic Times, etc. have now been involved in this task and quite many of them are making matching contribution and are bringing world-class technology commercialization knowledge to India.

The IC² Institute Fellows are a network of established and emerging practitioners and scholars representing academia, business, and government regionally, nationally, and globally. IC² Institute Founding Director George Kozmetsky launched the network in 1977 and it has grown to include over 190 Fellows from a variety of academic fields and the public and private sectors. The Fellows are the intellectual center of the Institute’s transdisciplinary research and publications covering a broad range of scholarship to enhance the understanding of regional development at home and abroad.