On April 26, 2016, Domingos Fezas Vital, the Portuguese Ambassador to the United States, visited the IC² Institute. The purpose of his visit was to review the activities of the UT Austin|Portugal Program and the University Technology Enterprise Network (UTEN), two collaborations between Portugal and The University of Texas at Austin which have been led by the IC² Institute since 2007.

Ambassador Vital met with IC² Institute Director Robert A. Peterson, UTEN Project Director Marco Bravo, and members of the UTEN team. Topics discussed included the growing presence of Portuguese tech companies in the US, the upcoming Web Summit in Lisbon, and potential city-to-city relationships between Austin and cities in Portugal. 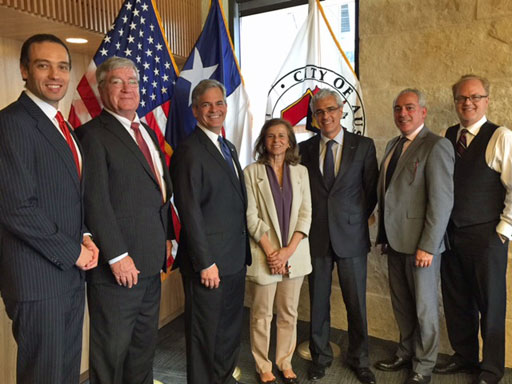