What distinguishes tech regions from other regions? 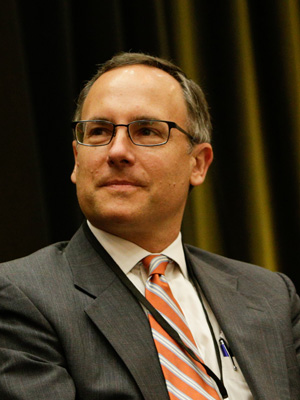 My IC² colleague Elsie Echeverri-Carroll has been exploring recently the origins of Austin’s tech economy. Working on a grant from the Kauffman Foundation, she and her team of student research assistants have been interviewing “key influencers,” combing through new enterprise registrations from the Secretary of State’s office, and parsing National Establishment Time-Series data to uncover patterns in start-up formation rates. (I recommend a visit to the website that describes the project in more detail. The research builds, naturally, on the strong foundation begun by IC² Institute founder George Kozmetsky, and it makes perfect sense on the Institute’s fortieth anniversary to ask the Fellows about your impressions, beliefs, and hunches about what makes a tech region distinctive. One of the goals of Elsie’s research is to uncover generalizations about the necessary and sufficient conditions for the creation and growth of a tech region.

From my perch as director of the BBR, an applied economics research arm of IC², an answer to this question might start with solid working definitions of the variables and consideration of comparative data. How are we defining what constitutes a “tech region”? Is it by the percentage of the workforce that is employed in a technical field? The percentage of firms whose primary output is related to technology? Does the number of existing tech-related firms matter, or is the rate of formation of new startups more important? And how does a particular region compare to other actual or aspiring tech regions? Definitional and other problems abound: years ago, I remember being astonished that Dell Corporation, an anchor of the Austin tech economy that needs no explanation, was considered by federal data agencies to be a “wholesaler,” not a tech company, and as such had thrown the bulk of its workforce out of tech-related labor categories, making it difficult to estimate Dell’s contribution to Austin’s tech workforce. Economic geographers and regional economists have come quite far in establishing good working definitions for tech regions, and yet the question remains: why can’t regions that want to become knowledge economies, that have many of the characteristics of technology regions, actually do so?

Elsie’s thought-provoking study appears to reveal one factor that is understudied and might be worth considering when trying to distinguish tech regions from other regions: culture. Austin is known as the “Live Music Capital of the World,” has a great quality of life, lots of outdoor amenities, lots of sunshine, to name but a few of its cultural assets. Dallas, Houston, and San Antonio have their own cultural strengths but aren’t really considered tech economies. Is there an identifiable cultural trait in Austin’s civic or economic DNA that might exist in other regions? Or do tech regions, sui generis, evolve in their own way, serendipitously harnessing their own unique local culture that encourages tech entrepreneurship and the growth of a local technology economy? I hope you will think about your own work and experience, in your own regions, and join the conversation.

← Why blog? Why dialogue? Why collaborate? Disrupting networks (or, “inverting the IC² Model”) →