Two Guys on Your Head on creativity and business incubation

Two Guys on Your Head is a short KUT/NPR radio feature and podcast in which Dr. Art Markman and Dr. Bob Duke of The University of Texas at Austin discuss how the human brain’s “hardwired” responses affect daily interactions in current society.

The IC² Institute asked professors Markman and Duke to discuss business incubation in relation to psychology’s four stages of creativity:

For this discussion, the preparation phase is proposed as parallel to establishing a business, while the incubation and illumination stages are considered iterative internal processes, such as occur during the business incubation phase; and verification is considered to be an external phase in which a business exits the incubator to seek success in the larger business realm. 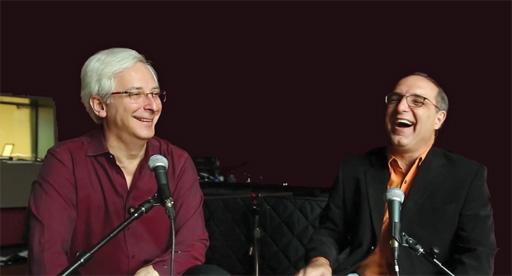 IC² Institute: Thank you for giving us this opportunity to talk with you today. Business incubation and the creative process are two things that you are both very familiar with. What are your thoughts on the stages of creativity and how they compare to (and are involved in) the business incubation process?

Markman: I think one thing to say up front is that when a lot of people think about innovation and the creativity that goes into creating a new company, they’re focused primarily on the development of whatever technology or services or the product that the company has.

Duke: Not to dwell too long on the vision thing, but I think when Art’s talking about imagining the services or the technology, it’s worth taking time to imagine what everything would look like if it was up and running great. What would that look like?

Markman: One of the important things about the theory of business incubation is the recognition that there’s time required, and that a company needs to be protected so that it minimizes the amount of money that it’s burning through, so the company can survive to the point where it really is mature enough to bring a product effectively to a market.

And you might say, Why does it require all this time?

But part of what you need to do is have the time to search through the space of ideas that will ultimately lead to the right gel of the product with the team and the market.

Another part of it is also giving you the time to lose your love affair with some of the initial ideas you had. Many new companies have a technology and an idea about how they’re going to approach the market that is not, ultimately, the one that’s going to be successful. But while you may be able to fall in love overnight, it’s hard to fall out of love overnight.

A lot of times, companies need a while to figure this out, and to listen to the advice which says you may need to re-think your overall strategy. So, putting yourself in a protective environment (in which you will both get that advice and be given the time to realize that, maybe, you weren’t 100% right to start with), that’s important.

Duke: And that requires creating a hierarchy of which features are central to the company. What are the defining features of who we are and what we do? And then, what other things elaborate those central features?

So, you’ve got this central idea which, without that, there is no company. But then there are these other surrounding things that support that idea, and those are the ones things that are the most amenable to either discarding or modifying in some way.

You’ve got to think about the whole thing. When Art says you can’t be too in love with your ideas and you need to let some ideas go, it’s because the path (from the first thought of all this, to a mature company) is not linear. It’s a mess in many ways.

Because those are going to happen all the time.

When companies succeed, or any organization succeeds, it’s because they’re able to manage what happens at those times when, as a team, you realize, “We’ve been pursuing this path, but in actuality we now see that it’s a not good way to go.” And you come back and reset the goal.

Markman: And another parallel between creativity and business incubation is that, if you’re going to have creativity in an organization, it needs to be protected.

Part of the problem with being creative is that for large swathes of time, it doesn’t look like you’re getting anything done. Suddenly you have this idea and you go great guns on it, and then: Oh, it doesn’t work. Now you’re back to the drawing board.

And so you have to allow people who are engaged in creative pursuits to go through that horrible non-linear process, as Bob’s calling it. I think that’s a parallel with what’s happening with companies in the incubation phase. It would be easy if you could just give people a checklist. Something like: Have an idea (check); Find someone with business expertise (check); Determine the market value (check). It isn’t like that. I mean, people try to create these lists, but it doesn’t really work like that. There’s lots of fits and starts.

Sometimes the best thing that comes out of that exercise is a better idea of how to organize your team the next time you have a good idea. And that’s not a failure, necessarily.

I think the strongest entrepreneurial communities recognize that just because a particular venture failed doesn’t mean that you’re a failure. One of the reasons that Silicon Valley has been so successful (where many other areas haven’t) is in giving people the chance to learn from companies they were involved with that didn’t succeed. That makes them stronger the next time. Austin has done that effectively as well.

Markman: …Who does not have only hits. And that’s true of creative people as well. As Bob likes to point out, the people who have the best ideas are the ones who have the most ideas, and a lot of those ideas are not so good.

[KUT producer Rebecca McInroy] and I were talking about Leonard Cohen, and Rebecca knows a lot of people who played with him. The thing is that I love Leonard Cohen, but he’s got some garbage. There are whole albums that are garbage. (Jazz Police? Really? I’ll forgive him, dear Heather, because he was just getting back into it!)

But he had a lot of ideas, and a lot of them were, of course, brilliant.

I think that’s true for creativity, but it’s also true for entrepreneurship. That’s why people need this protected space to do that in, and communities to do that in. It’s not just incubating in some region that has no entrepreneurial community.

It’s allowing those people to get involved in businesses, to then recycle themselves into the community, and make a contribution, even after a company fails or gets sold or reorganized.

In reflection, an important role of the business incubator is to provide sanctuary for the entrepreneurial team to “dream” if you will, and re-imagine the product, the roles of the team members, and both the internal and external “human interface” that will serve the market (and thus the company) best.

Accordingly, the task of the entrepreneur is to process new advice and new inputs against the original vision, and re-articulate the product so it is more meaningful to the market.

Writer, poet, and songwriter Leonard Cohen, said, “My ordinary state of mind is very much like the waiting room at the DMV… So to penetrate this chattering and this meaningless debate that is occupying most of my attention, I have to come up with something that really speaks to my deepest interests. Otherwise I nod off in one way or another. So to find that song, that urgent song, takes a lot of versions and a lot of work and a lot of sweat.”

The search for simple truths — stripping away the superfluous to find the essential — is a difficult task that, once accomplished, seems effortlessly apparent.

The business incubator provides the environment to help entrepreneurs focus on the essential questions as they creatively build a business case and an opportunity that speaks to the core of market need, but also inspires a team of people to pursue it to the end. This is a “lot of sweat.”