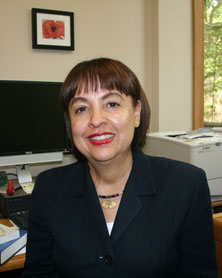 Among Elsie’s findings is that the lack of data is a problem for businesswomen in the region.

“Numbers are the spotlight which women entrepreneurs require to get the attention of the government and of large corporations to their needs,” she said. “Recently, one of the most important associations of women entrepreneurs in the United States published a study which showed that women-owned businesses employ about 30% of workers in this country. The government saw them with different eyes after that.”

The lack of data has consequences for women entrepreneurs. “In the US, there is a specific governmental organization which defends the rights of businesswomen, and there is legislation which opens them access to government procurement. That’s something we don’t see in Argentina or Brazil.”

For more of Elsie’s work on the subject, see the PE&GN article (in Portuguese) or her own article in the Texas Business Review, “Empresarias Decididas: Women Entrepreneurs in the Americas.”