The Austin Technology Incubator (ATI) at The University of Texas at Austin has been named one of the top eight startup incubators in the nation by the Ewing Marion Kauffman Foundation, a leading international entrepreneurship organization.

The honor is based on ATI’s exceptional track record in supporting entrepreneurs. It comes with an award of approximately $500,000 that will be used to support the incubator’s efforts to train students and recent graduates of UT Austin and elsewhere to prepare their ventures for successful competition in capital markets. ATI is one of eight grantees selected from 300 applicants nationally and one of only two recipients affiliated with a university.

“ATI has developed distinctive approaches for identifying, nurturing and accelerating student startups on university campuses,” said ATI Director Isaac Barchas, who has led the incubator since 2006. “Not only will the partnership with the Kauffman Foundation allow us to increasingly support ventures of UT Austin innovators, we will work with other universities to establish robust methods on a national scale.”

The incubator will use the Kauffman award to expand its Student Entrepreneurship Acceleration and Launch (SEAL) program and share its expertise with 10 partner universities during the next two years, five in Texas and five nationwide. SEAL is a selective 12-week summer program designed to help student teams tackle the most difficult, deal-killing questions of their new ventures. More than 100 students have taken more than 50 ventures through the program during the past seven years.

Established in 1989 and operating as part of the IC² Institute, ATI is one of the longest-established startup incubators in the nation and serves both university-derived and nonuniversity startups. Drawing from the university’s deep pool of talented innovators and Austin’s thriving business and technology landscape, ATI companies have generated close to $1 billion in economic impact in Central Texas during the past decade, creating more than 6,500 jobs and raising more than $700 million in capital. 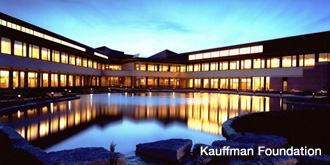 Wendy Guillies, president and CEO of the Kauffman Foundation, said the group of grantees represents some of the country’s most effective, scalable and transferable entrepreneurial support programs.

“These eight organizations have demonstrated success in helping entrepreneurs meet key challenges they face in growing their businesses,” Guillies said. “The foundation also is interested in developing a better understanding of what makes such programs effective so that we can help other organizations replicate their strategies and contribute to greater entrepreneurial success.”

UT Austin offers more than 60 programs and courses in startup enterprises and assisted more than 175 teams of student entrepreneurs in 2013-2014. For more on the university’s boost of startups and the economy, read this 2015 report or summary findings on the Texas Investment.

For more on the Kauffman Foundation grant to ATI, see: