Briefly: Butler honored, Phillips on innovation in Asia, Webber on the grid

Recent appearances by IC² Institute people in the media.

– IC² Institute Fellow and past Director John Sibley Butler was honored at the Texas – Kansas State football game on October 23. Dr. Butler was recognized by the Texas Lottery as the honorary veteran of the game and accompanied both teams to midfield for the coin toss. 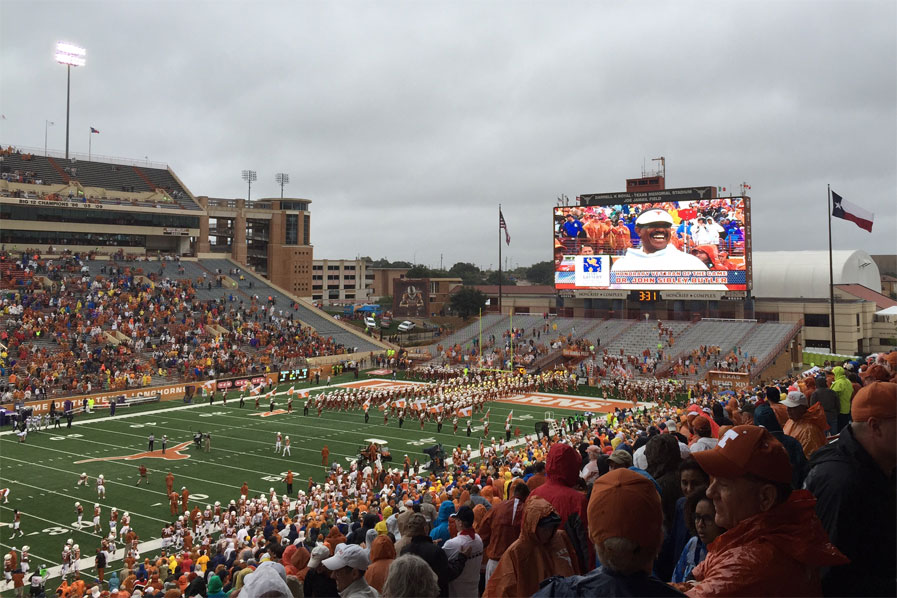 – IC² Institute Fellow Fred Phillips was interviewed on Mongolian television about different approaches to innovation in Korea, Japan, and Taiwan, and possible lessons for Mongolia. (English-language interview begins at 0:33.)

– ATI Energy director Michael E. Webber led a panel on “the State of the Grid” at the 2015 Texas Tribune Festival. Listen to the panel on SoundCloud.