BBR studies human trafficking in the wake of Hurricane Harvey

A team from the Bureau of Business Research and The University of Texas at Austin has received a National Science Foundation grant to explore ways to disrupt human trafficking supply chains related to Hurricane Harvey reconstruction efforts.

After Harvey hit Houston and the Texas coastal bend in 2017, causing $125 billion in damage, residents and officials quickly turned their attention to rebuilding homes, apartments and office buildings. This need for a large supply of quick labor after natural disasters can create conditions ripe for human trafficking, exploitation and coercion, especially in a low-wage, high-hazard industry such as construction.

The NSF awarded UT researchers a two-year competitive grant to help disrupt illicit supply networks by studying the patterns of exploitation endured by laborers in the construction industry after Harvey.

Matt Kammer-Kerwick of the Bureau of Business Research at UT’s IC² Institute will lead the study in collaboration with Eleftherios Iakovou at Texas A&M University. The team also includes researchers from UT’s Institute on Domestic Violence and Sexual Assault in the Steve Hicks School of Social Work.

The study will inform policymakers, business owners and regulators so they can better combat human trafficking in the construction industry.

“People would want to know if their homes and local businesses are being rebuilt by workers who are exploited, coerced, or swindled out of their hard-earned wages. Reducing labor trafficking and exploitation makes Texas a fairer and better place to work and live,” said Noël Busch-Armendariz, director of the Institute on Domestic Violence and Sexual Assault and professor of social work at UT Austin.

The award stems from an NSF-funded, interdisciplinary workshop at UT in 2017 that was led by Kammer-Kerwick and Busch-Armendariz and brought together scholars from operations research, data analytics and human trafficking to create a new and collaborative research agenda.

This interdisciplinary approach is novel for the study of human trafficking labor networks, said Bruce Kellison, director of the Bureau of Business Research.

“UT has expertise in both human trafficking and in complex mathematical modeling. It’s exciting to be moving the field forward and expanding its reach by identifying ways to disrupt these illicit networks that sustain human trafficking through this innovative collaboration of social scientists, engineers and mathematicians,” he said.

Human trafficking is often associated with the sex trade industry, but people are exploited in other sectors such as housekeeping, kitchen work and construction labor, working under conditions considered to be modern-day slavery — situations of force, fraud, or coercion. This landscape is often marked by a labor supply chain in which labor contractors, recruiters, or other middlemen are present and hazardous work is performed by easily replaced, migrant, or low-skilled workers.

“We saw employers exploiting workers after Ike, and we are seeing it again with Harvey. Wage theft is devastating for workers, many of whom live locally and are recovering from Harvey themselves,” said Marianela Acuña Arreaza, executive director of Fe y Justicia Worker Center, a group that plans to assist with the research and may be able to use the findings to inform their work.

As part of the study, researchers will interview laborers who worked in post-Harvey cleanup about their various jobs, related experiences and working conditions. This real-world evidence will then be used to model human trafficking and other forms of exploitation. The goal is to identify precise interventions that disrupt the illicit behaviors in the construction supply chain.

The $300,000 award to study the exploitation of laborers in the wake of Hurricane Harvey is one of nine grants that the NSF awarded this week to help disrupt illicit supply networks. 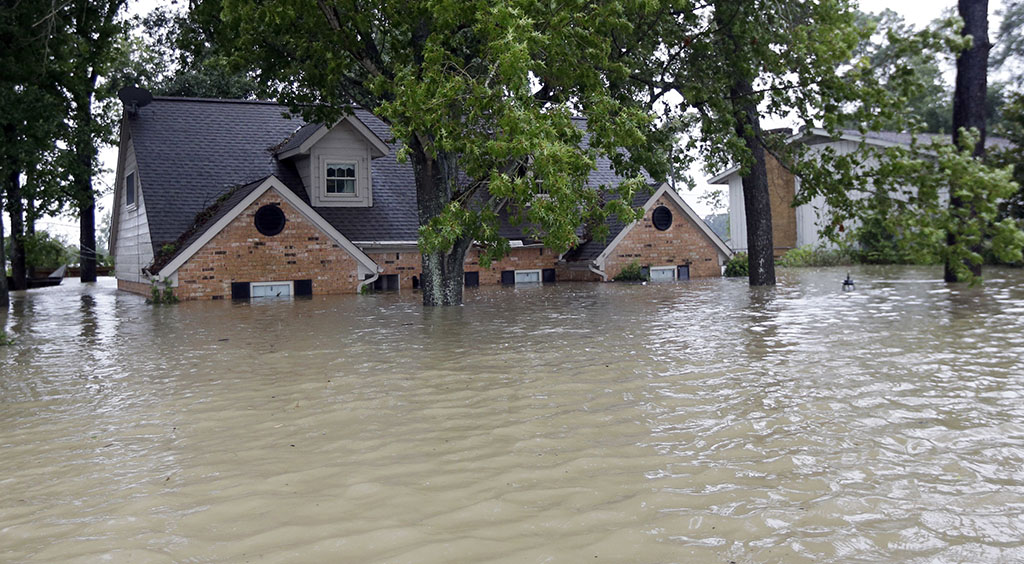