In the last three weeks, the noise level has been unusually elevated in world’s financial markets, besieged by falling equity prices and frantically fluctuating exchange rates.

With headlines trumpeting unprecedented and insufferable volatility, the blame has been alternatingly placed on the collapse in energy and other industrial commodity prices; the recent devaluation of the Chinese currency; the inability of the European Union to deal with the insolvency risks around the sovereign debt of countries like Greece; the recession faced by most of world’s emerging markets like Brazil, Turkey, and Russia; and finally, the uncertainty surrounding the U.S. Federal Reserve’s move for whether and when it will dare raise interest rates for the first time in the last seven years. 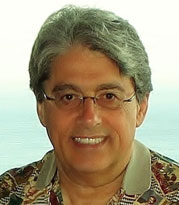 Surprisingly, there wasn’t much attention paid to the consequences of loose monetary policy since the Great Recession hit in 2008. This is when central banks everywhere drove interest rates to a minimum hoping to prevent a deflationary spiral while waiting for robust economic growth to return. Zero‐interest‐rate policy and quantitative easing were thus quickly embraced by many countries.

So, where are we now after these unusually bold monetary policy initiatives?

It’s a mixed bag. The good news is that the nefarious aspects of deflation – a severe form of recession accompanied by rising unemployment and falling prices – have been largely averted. Although the European Central Bank is still struggling with inflation, there is no reason to believe that deflation will take the upper hand under their watch.

The bad news is that the economic growth and renewed prosperity that loose monetary policy was supposed to engender is nowhere to be seen in any of these prosperous countries. It seems that anemic growth and subpar employment statistics is all that there is to show after many years of exceptionally low interest rates. In short, there is a “disconnect” between desired economic growth and the cheap and plentiful availability of credit.

The reality the world faces right now is that seven years after the Great Recession of 2008, the most affluent nations of the world have paradoxically accumulated more debt instead of reducing it. Although the U.S. banking sector stands as an exception — it is now healthier than before — the level of combined public, private and financial‐sector debt in all of these countries is still far from reasonable or sustainable. What gives?

One observation is that negligible interest rates have failed to stimulate significant national business investments, increased consumer spending or improved confidence about the future — all absolutely essential ingredients to sustainable economic growth.

Another suggestion is that monetary policy in isolation from explicitly coordinated supplementary policies do not produce the expected results. Growth and prosperity depend more on inspired productivity and competitiveness than on experiments with monetary policy.

A third remark is that repressing savers with negligible interest rates for so many years is inherently risky. Artificially low interest rates have not only failed to enable massive deleveraging but are now posing actuarial challenges to pensions, retirement funds and insurance companies whose stability is predicated on predictable and dependable fixed income streams.

Where does all that leave our Fed? In a tough spot, to be sure.

On the one hand there are many entities, ranging from Wall Street to the IMF, which are vociferous with their self‐interested wishes for the Fed to continue the status quo. On the other, there those who think that a market‐based economy cannot function indefinitely in an environment where interest rates are artificially suppressed. The recent spike in stock‐market volatility worldwide should serve not as a threat, but a reminder of how excess and speculation in financial assets usually ends.

The Fed risks slowing down the economy a little if its modest, projected quarter‐of‐a‐percent rise in interest rates proves a little premature. Alternatively, if it does nothing and offers a new set of explanations inconsistent with the ones it used all along, the Fed risks an erosion of its hard‐earned credibility.

The question in my mind is whether it will have considered adequately enough the repercussions from a potential erosion of credibility by Sept. 18. After all, in matters of monetary nature, there isn’t an asset more valuable than credibility.